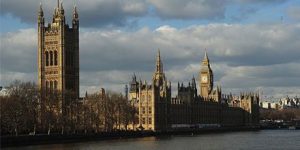 The UKNFS facilitated a ground-breaking UK Nepali communities organisations fact-finding educational visit to the Houses of Parliament on 23rd November.  The initiative, proposed by Mr Ekendra Gurung, Tamu Dhee UK Advisor, involved a 4 hours bespoke visit of more than 15 community leads and representatives, including from Tamu Dhee, Sahara UK, the NRNA and others.

The first part of the programme was a two-hour presentation from Mr Alasdair Mackenzie, Parliament Educational Outreach Team lead, involving questions from the group delegates, including on Gurkha rights, that has seen only part of those agreed by an earlier parliament, delivered.  Other topics related to the excellent presentation provided by Mr Mackenzie, including on how to use parliamentary mechanisms to pose questions and issues important to the Nepali community and any other given British community and/or campaigning and lobbying topic. 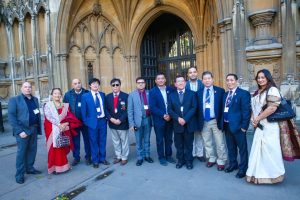 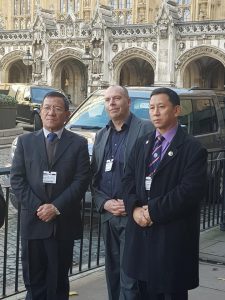 The Q&A’s also covered some of the questions that had been requested and developed by the community through the facilitation of the UKNFS, in a submitted questions document.  The latter forms the basis in conjunction with questions asked and information provided during the programme.  The latter then included visits of the delegates to both Houses of Parliament (the ‘Commons’ & the ‘Lords’), and concluded with a talk to and with delegates by the Right Hon Virendra Sharma MP, Chair of the All Party Parliamentary Group (APPG) for Nepal, that provided further valuable insights on the parliamentary system and how APPG’s like that for Nepal led by Mr Sharma exist to serve the community in both opportunities and voice on needs or revealed issues.

The educational initiative, commenced by the visit to Westminster is an ongoing one, as, as mentioned a report on findings and linked to subsequent discussion of delegates

Alan Mercel-Sanca, UKNFS organisation lead, echoing the very positive thoughts of Mr Ekendra Gurung who proposed the initiative, Mr Min Bahadur Gurung (Sahara UK Association President) and other delegates, including UKNFS PR Ambassador/Officer Mrs Sarah Ali Choudhury (TV Chef and award winner), noted that the visit was a ‘very successful one, and ground-breaking in its concept and outcomes for both the UK Nepali community and Anglo-Nepali friendship & relations ‘ This was also noted by Mr Alasdair Mackenzie, as this was the first time that at community leads and senior figures level, that any given British ethnic minority community had come together, collectively, to visit Parliament in a formal delegation to learn about how Parliament works.  This with the dual purposes of boosting the participation of community members in democratic parliamentary processes from voting, to being candidates, and also at international level, the purpose of learning gained being able to be shared with the Parliament of Nepal (and vice-versa).

The Report (that will be issued in January, including community leads reflections & questions, and the valuable input of Mr Sharma on the questions posed in the pre-visit questionnaire, will be provided to the Speakers of the two Houses of Parliament, to the Speaker of the Parliament of Nepal, the two ambassadors (Nepali and British), and potentially relevant others.  In this way further strengthening the equal and mutually respectful and beneficial special friendship & relationship between the two nations & their great peoples.

One of the main outcomes of the visit was the proposal made by the delegation to Mr Mackenzie, and enthusiastically taken up by him (and to be carried forward by his successor ….) of a brief video that will be in both English and Nepali (with a translator from our Nepali community) on Parliament, its background and mechanisms & processes, including how it can serve the needs and voice of a given British ethnic minority community such as the UK Nepali one.

The visit received extensive coverage in the Nepali media – an example of which is provided here through the We Nepali news piece enabled by Mr Nabin Pokharel: http://wenepali.com/2017/11/41738.html